But being the son of a famous scientist with many powerful enemies, Gaster isn't going to let him go alone. He hires his son a bodyguard, another skeleton named Red, whose job it is to keep Sans safe at all costs. But Sans isn't about to make it easy for him. The multiverse is headed towards peril, according to the watcher of the multiverse, and he's a center pawn. None of his questions are being answered. Why shouldn't he avoid sleep? Why does he have to let go? Why does he have to keep hope?

Why shouldn't he be afraid to look death in the eyes? Why should he trust his soul? After the murder of his parents, Merciless is left to take care of his younger siblings, one traumatized by the incident, and one who's been left blind.

The older Merciless gets, the more he's aware he and his siblings might be next. His father used to run a kingdom, right? A kingdom needs subjects. Merciless decides to start looking for people to join him. He knows that his father used to have loyal fighters. They might be gone now, but their kids might be alright. Things will turn out alright. They have to. On a beautiful night Kelp decides to go with one of the crews he knows and fish for a bit, it's really unfortunate that they decide to fish just above Nightmares domain.

Farmmare but Leviathantale so uh Kelpmare because I don't see it anywhere- in which Kelp gets saved and kinda becomes a simp. Fresh gets bored of everyone around him and looks for someone else to annoy. He ends up in the anti-void for the first time and meets Error. He finds him NOT boring and decides to annoy him till he gets bored again. Though Error might like his company more than he will admit and that is something neither of them expected.

Each of them had been comforted by the marks on their arms, and looked forward to the day they finally met the people those marks connected to. Featuring babies, adoptive babies, bad skeletons, good skeletons, bad monsters, bad humans, violence, fluff, smut, and amazing tits. On the first day of 6th-grade, Red Gaster meets Sans Serif. The two of them grow up together, become best friends, have adventures, discover a new species of monsters?

It all feels really familiar. It's a coming-of-age story that has maybe? I wiped the tears from my eye sockets. Demon let go and took my dog from my grasp. I know someone who'll cheer you up. Wait one second. You'll be ok, right? I nodded. She smiled and snapped her fingers, disappearing into thin air.

A few minutes later, she was back but she wasn't alone. I'm back, just like I said. I brought someone with me. Hi Fell. Fell's smile faltered. I can't believe I couldn't remember any other timelines. Fell looked at me and then frantically at Demon and back at me.

Demon looked panicky but then came over and pulled me into a hug. I don't want to see you cry. No one wants to see you cry. It's breaking everyone's heart. I hung back. I wasn't good at this comforting shit. In Underfell, if you were sad, everyone would tell you to suck it up. As I watched, Demon grabbed my jacket with one hand. As soon as I knew it, we were in a group hug. Demon glared at me behind Blueberry's back. Hey Blueberry. It's ok. We all go through the genocide run.

Frisk always resets. You just gotta get used to it. It's their fault Chara's bad! In his AU and most of the others, Chara is the one who influences Frisk. That's why it's called Underswap. Blueberry sniffed and I wiped away his tears with my thumbs. Demon unwrapped herself from the hug and got up.

I unwrapped myself too. If I leave any later, Papyrus'll have my head. I'm sure everything will be okay, Blueberry. I'll come check on you later. I promise. Demon chuckled. I looked at Blueberry. He looked back at me with sad puppy dog eyes. Demon was right.

Blueberry crying was breaking my heart. A cinnamon roll like him shouldn't have to carry the burden of knowing about the resets. You'll get used to it. Please don't cry. I want it to stop! I can't deal with this anymore! But it's something you can't change. As much as we want things to change, it won't. Not unless the human, Frisk or Chara, stops resetting. Blueberry looked down at his feet. Then, he mumbled something. Why do they reset?

Are we that boring to keep? I don't know. Maybe because they think it's fun to do everything all over again. If anything-" I gathered all my courage and slammed my teeth on his. I was frozen in shock. At that moment, Demon appeared in the room. Feeling bet-" Demon's eyes widened. Fell pulled away from me and stared at Demon. She smiled and her eyes were bright. She pulled out her phone, took a picture and teleported away. 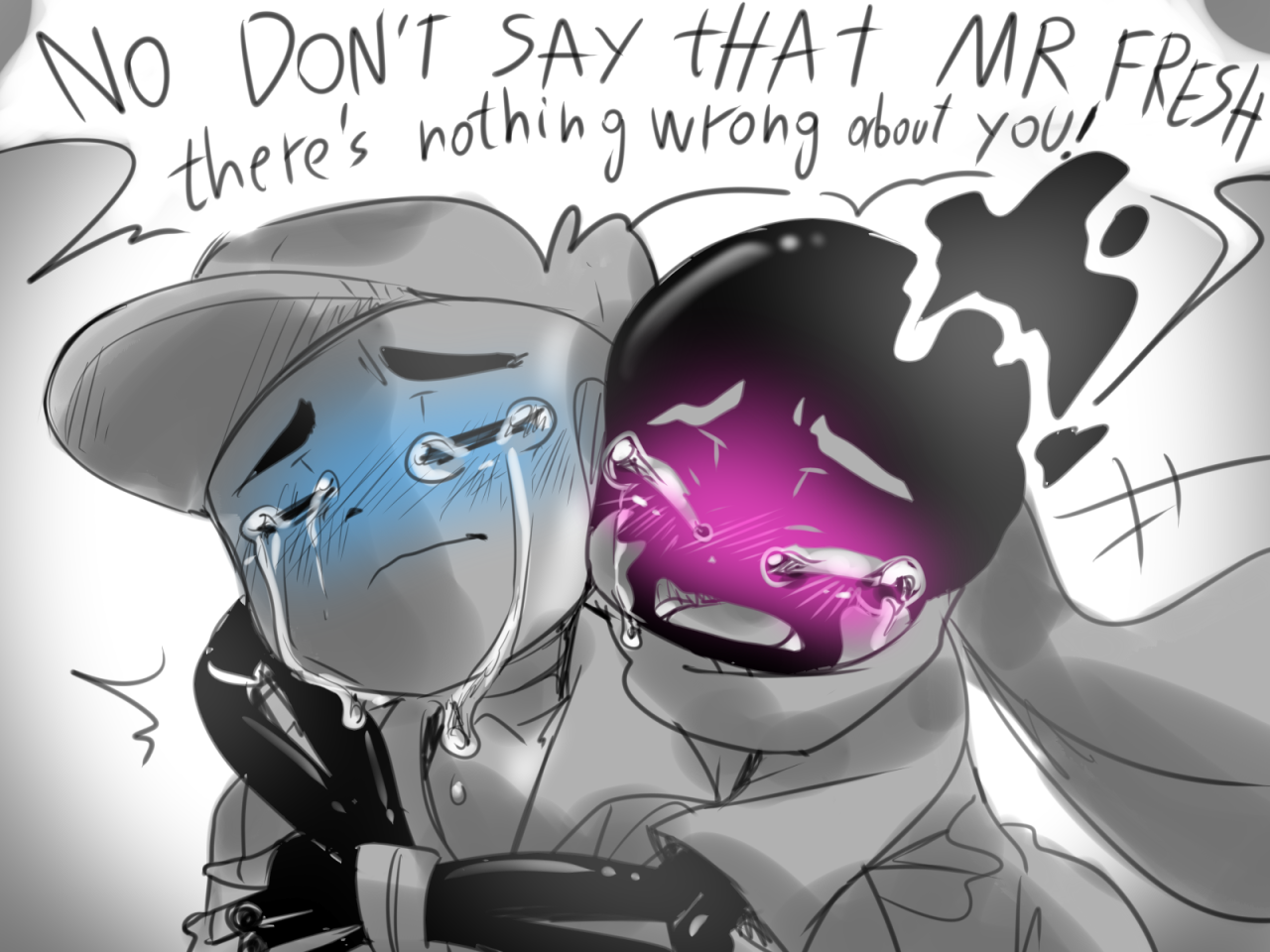 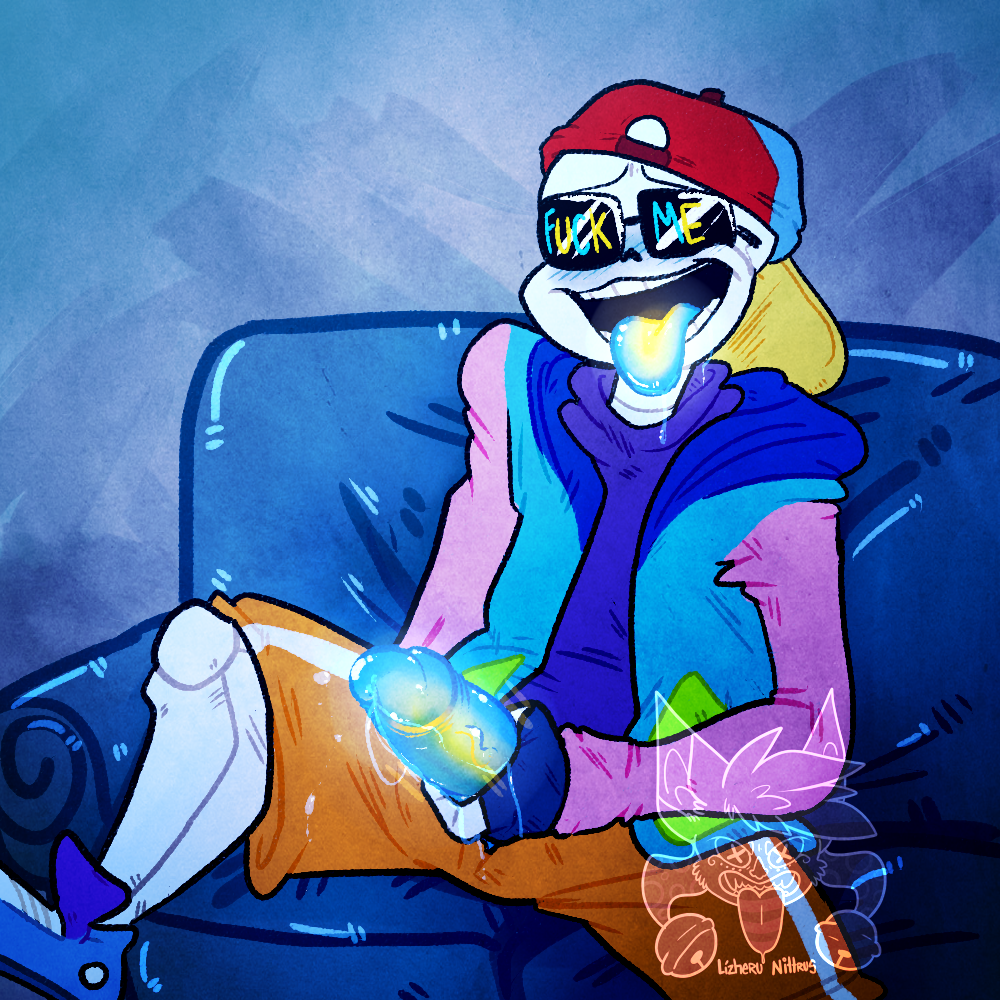 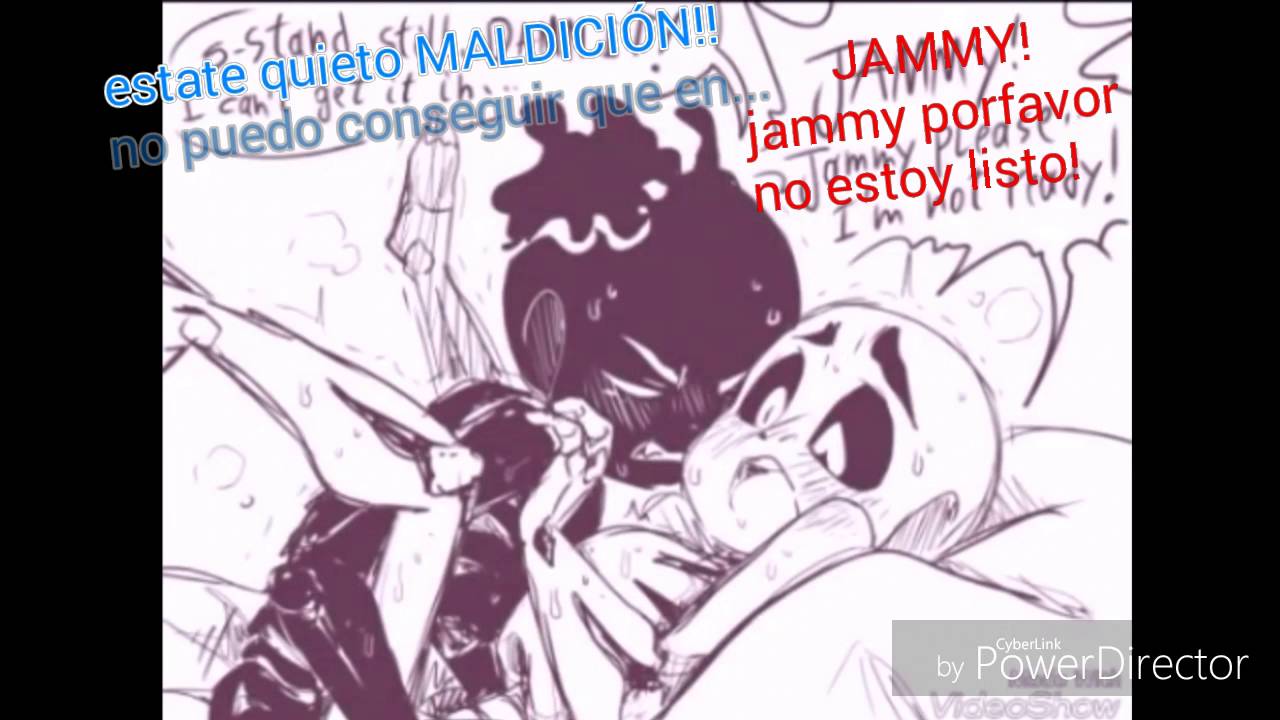 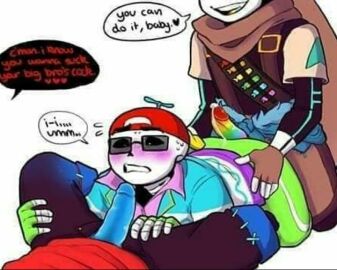